Campaign of the Month: September 2017

Adventures in The Profane Legacy Setting

Steel-clad knights march under a bright sun through cobbled streets. A noble warrior clutches a holy symbol as they patrol the border of a forsaken corner of the world. A silver-haired mage peruses histories from millennia past in a stately tower. A cloaked figure listens at the door of a secret meeting between two cultists. A humble peasant feels wonder as a figure robed in stars whispers prophecies to them. A circle of figures chant words of power to a being all but forgotten by the world. 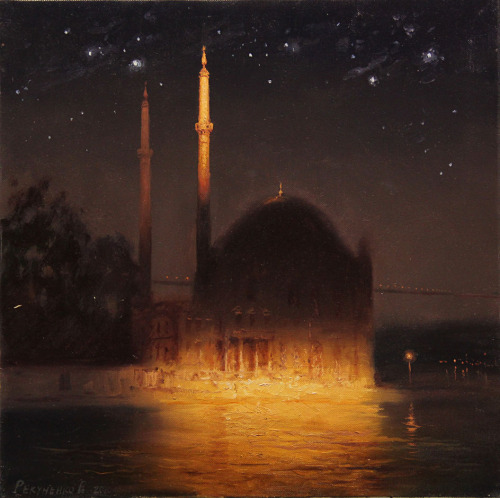 Ahlim is a world of beauty, where harmony and good-will are paramount. The folk of this world look to The Gods for guidance, and each other for support in societies that are, for the most part, peaceful. The great churches of The Annerians are the law of the land and unite people across the world. Magic and Religion are the most powerful forces in Ahlim and they have the power to bind communities together, or tear them apart. In the wilder places of the world, however, twisted, malicious creatures roam. Where the light of civilisation fades, the darkness of Necromancy, Witchcraft, and other abominable things reigns. 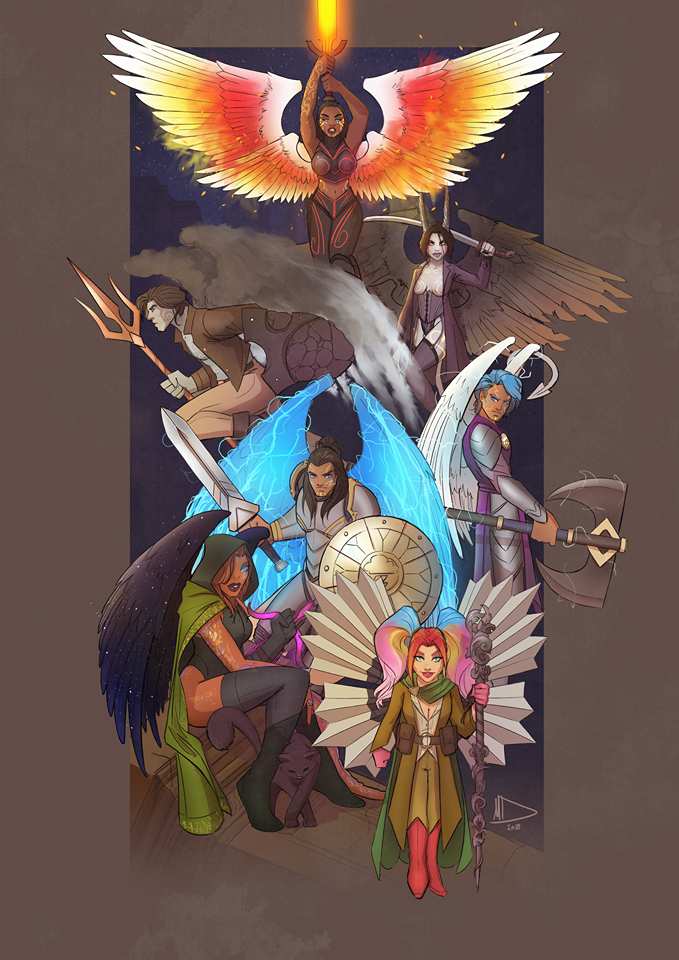 art by Mathew Dariol
Rakshasa is the glamorous one, slim and deathly pale. Something has always seemed a little off about her. From the death of her parents (choking on a ham sandwich simultaneously) to her obsession with food (especially a ground corn meal chip covered in bright orange powdered cheese. . . ) nothing is quite right about her.

Tsuki is the quiet one, a copper dragon born she mostly keeps to her self. This is most likely due to her assassin-y inclinations. . . we’re not sure if she’s trying to keep it a secret. If she is, it’s not working.

Ghesh is the devout one. The churchiest of the group, he would do anything for Ajakor and his church. including earning the group money. And giving it to the church. Or, buying himself things from the church. Often.

The Spectre is the mysterious one. Literally, we know very little about him. All we know is that he’s from the feywild and practices Psyonics. He’s also Ajakor’s Angel of Water which really fits in with him being a former pirate. Rakshasa and Rey are sure that he and the captain had a ‘thing’. Yep that’s about it.

Sahri is the angry one. She’s also quite mysterious but all that seems to matter to her is combat and fighting. Which makes sense because she’s huge. . . like really big. Like, if you saw a big person and said whoa!, you’d see her and go WHOA!

Rey seems to be the happy one of the group. Always playing songs and discovering new information, she’s happy with her life. However, she does have an intense rivalry with people who try and challenge her either Bardic-ly (like Isaac the incredible) or knowledge wise (like the moon elf Alexis). It is her mission to defeat them, even if they don’t know it.

The Adventure So Far…
Ghesh, Rakshasa, Rey, Sahri, The Spectre, and Tsuki are The Warriors of The West. They’re a group of adventurers who resolved an interplanar controversy, slew Hadar Reborn, captured a dangerous assassin, ventured into the underdark to stop a foul mage, drove the gnolls from the Salisan Badlands, retrieved a legendary weapon, thwarted the vampires of the east, crashed the wedding of an evil druid and a demonlord, stopped Demogorgon entering the world, finally defeated the gith of the astral plane, retrieved a Mummies treasure, broke Yeenoghu in the Plane of Fire, finally killed a troublesome necromancer, reunited a woman and her dragon lover, banished The Demonlords to The Abyss, returned a gods’ child to her, Defeated an icy Elder Evil, Destroyed the Anathema, and finally defeated their nemesis, Lady Midnight.

D&D art blog
If you want to view my artistic inspiration for some of the characters and events of this campaign you should visit my blog, amultiversestory: http://amultiversestory.tumblr.com/

Congratulations on Campaign of the Month. Keep up the good work.

Nice work on the Banner Title! Keep up with those additions and improvements!

Looks like the makings of great site here. The writing in the adventure logs is really good and the information in the wiki is quite comprehensive. Personally, I would like to have seen more images in the WIKI and maybe a couple of Title Fonts.

Characters are cool and I like the choice of images for these.

I'm sorry, but we no longer support this web browser. Please upgrade your browser or install Chrome or Firefox to enjoy the full functionality of this site.